I was about five years old and lived in Beirut, Lebanon. My mother took me and my four older siblings to a wedding in the mountains. A friend warned us to be careful when coming home – there were fights in town. The warning was well-established: when we came down the hill, my mother was forced to get off because the bullets hit our car.

At that moment, for the first time, I was reminded of the Lebanese armed civil war. Over the years, I will see my dad establish and lead construction companies and take care of all of us. I learned from him because he struggled and believed in the wrong people. The admiration and sympathy I have for him since my youth influences how I do business today.

Related: Family values ​​can be a missing part of overall business success today

Hard work and creativity make for a little formal education

As the eldest son, my father had to drop out of school at the age of nine just to help raise money for his family. He never had the opportunity to go to college or get a formal education, so dedication to ordinary hard work means everything.

What my dad had, though, was an exceptional amount of creativity. When he combined it with his understanding that you can’t just give up, something wonderful happened. He has done texturing on walls from being a laborer to building and designing buildings. He eventually set up his own construction company.

But the war doesn’t care about the business you are running or who you are. When he tried to keep things going, conflict and its impact on the economy and everything around us became difficult to avoid. Bombs would fall near our house, and my mother would take us to the warehouse below so we could be safe. My dad always told us to go far to think about the bombs, but I was still terrified.

Related: 10 Toxic Things Parents Do That Make Their Kids Less Effective As Adults

In the midst of so much trouble and danger around us, my dad decided that the best way forward was to try his luck at building in the UAE. He went to Abu Dhabi before us, started another construction company and eventually made a salary of about 4,000 people there. When I was seven years old, we followed him and enjoyed success – as long as it lasted.

However, this was probably not a decision based solely on our immediate and dire situation. When I was only two years old, my father lived in Libya for a while. He started a company locally, and it just started to find some success. When Muammar Gaddafi came to power, the authorities threw my father in jail because his business partner was against what Gaddafi was doing. My father knew he would not be safe or able to work if he stayed in Libya, so he reduced his losses and returned to Lebanon. Perhaps this previous experience has given him confidence that he will be able to pivot again, as he did before. The transfer to the UAE was for the second time forced him to literally and figuratively rebuild.

Since my dad started his new company in Abu Dhabi, we lived in the same building where his office was. I used to sit in his office and admire all the wooden walls and his desk – everything was impressive to me. Even though I was a child, all of his staff treated me like a royal family. I went to his construction site with my dad. When I followed him it was clear to me that he had people on his team who would be with him no matter what. The way he treated his employees and the way they responded is an adult to me. It has become the foundation of how I have worked with my own team.

Related: To grow in ourselves, we must first embrace the unknown

Part of making my dad so successful in business was his focus on relationships. He even brought many family members into his company. He thought that since they were relatives, they would be loyal and always act in his best interests.

That was not the reality. He learned that his cousin, whom he had paid to take care of other employees’ salaries, was pocketing money for the employees. My father believed too much. He did not set up an adequate system of checks and balances to protect himself internally in the company. To make matters worse, a local business partner paid him. This will make it more difficult for my father to win the case because the locals got a big advantage in court. He was forced to end his business venture in the UAE.

So we are back in Lebanon even though the war is still raging on occasion. My dad took the last money he had and put it in another apartment building. He has financed the loan himself. This loan was unfortunately the Lebanese Lira. When the coin goes down, he loses everything. Since then, Lebanon’s economy has deteriorated.

My father decided to retire, but he did not lose his optimism or emotion. He went on to tell the same story over and over, but he said it with a thrill that I love to hear. His stories were so lively that his personality was clear and I could firmly grasp his point of view in everything he did.

Be kind, but be careful

Although I’m not in Lebanon, my dad’s success has taught me how important it is to work hard at what you have and to respect the people around you. He also showed me the stress of having to lose everything with being at the top.

Thus, his struggle has made me realistically apprehensive. I made sure my business had a system of checks and balances that should have been in it. I personally sign all checks for my company. The silver lining of all of my dad’s business struggles is that he helped make every parent’s dream come true – that I learned from his mistakes rather than making them my own.

In the end, my father’s courageous efforts did not go unnoticed. He did his best for our family during the long-running hostile conflict. The success of my business endeavors survives his legacy and spirit. Always lead with kindness, but be careful about who you trust. 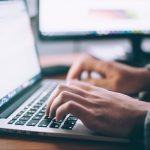 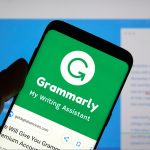 How to manage your tech team vacation

From now until autumn, you will have team members who will take time off and vacation time. It happens in every business – and leaders […]

Expressed opinions Entrepreneur Contributors are their own. We all have periods in our lives where we feel like we’ve hit a brick wall. I know […]